Large stone tombs, known as megalithic tombs, were built throughout Western Europe during the Neolithic or New Stone Age, when the practice of farming was first becoming established. Over ninety megalithic tombs are known to survive in the Burren; the earliest of these are the court tombs and portal tombs built in the fourth millennium BC. the portal tomb here at Poulnabrone is one of the two constructed in the Burren and is perhaps the best preserved example in all of Ireland. 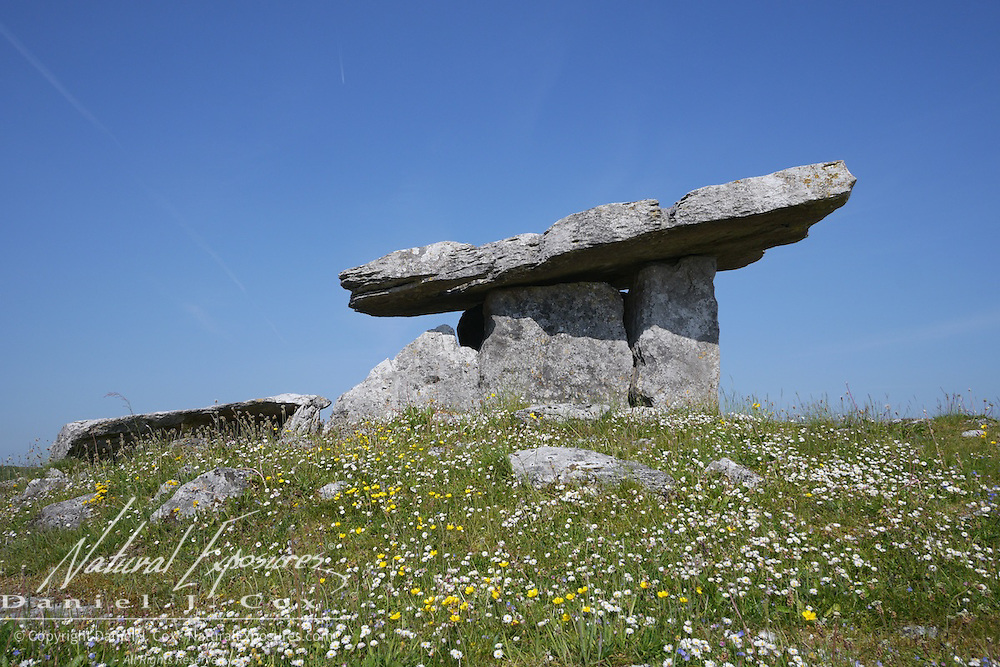